Be on ‘staycation’ in Manila with Mi Casa 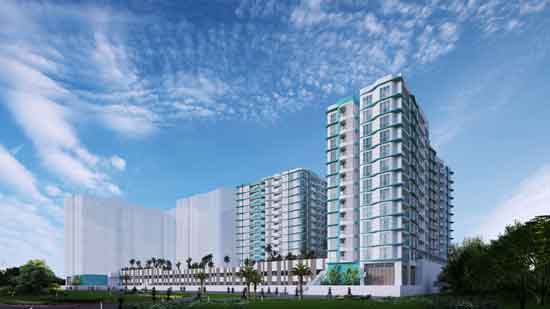 Federal Land Inc. has unveiled its latest project in Mi Casa (Spanish for ‘my house’) a Hawaiian-inspired residential development set to rise within the Metro Park township in the Bay Area. It is billed as a project that will encourage its residents to have a “staycation.”

Gone were the days going on vacation where one would get away from the city. Federal Land has completely realized that the concept of staycation is more than just a trend as they have seen that many people, especially the tourism market favor a place that is relaxing but closer to home.

“Staycations have not just spurred growth in market preferences for convenient and accessible lodging, but have also influenced how real estate developers are curating destination homes to meet this need,” said Cherie Fernandez, head of the Land Project Development Group.

“More than providing aesthetically pleasing surroundings, we are also mindful of the deeper reason why Filipinos are wanting more and more staycations,” said Fernandez. “People are feeling more stress and pressure from so many factors than ever before, and it’s our goal to give them a home where they can recharge and simply have fun.”

Your very own resort house at the Bay Area

Each of Mi Casa’s units will treat residents to the breathtaking view of Manila Bay, known for its iconic and serene sunsets. The one, two, and three-bedroom units are anywhere between 45.5 and 137.5 square meters in size, giving homeowners spacious and elegant living spaces. 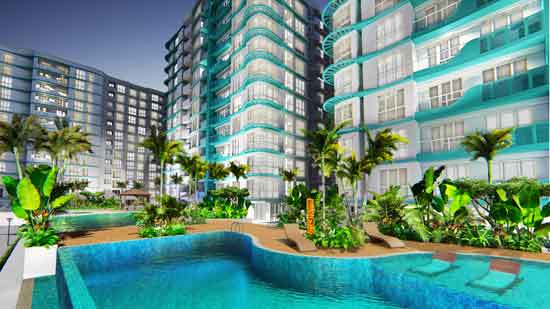 “Mi Casa is tailored to give homeowners their very own rest house in the metro without sacrificing their cosmopolitan business lifestyle,” said Fernandez. “It can also give them a home they can retire in without necessarily giving up the advantages of living in the city.”

Apart from its cozy residential units, Mi Casa’s indoor and outdoor amenities will provide a tropical vibe made possible by bright and colorful softscape materials.

“Mi Casa’s indoor amenities assimilates a clubhouse concept — a harmony of vacation home atmosphere with recreational facilities such as the gym, lounge and playrooms, and productivity offerings such as the library, meeting and function rooms,” said Fernandez.

The mid-rise condominium development is influenced by Hawaiian landscape aesthetics and its culture of community while welcoming residents with a fast-paced city life. Mi Casa is set to rise within the Federal Land’s 36-hectare, mixed-use Metro Park development. The property will stand alongside exclusive communities of resort-style condominiums, chic lifestyle hubs and a pet-friendly park.

Scheduled for turnover in 2023, Fernandez notes that Mi Casa is expected to follow the strong performance of its predecessors. Federal Land’s Bay Garden Club Residences and the Six Senses Residences saw steady sales performance from their launches and are already sold out.

According to Fernandez, “The convergence of business and play at the Bay Area consistently drives the strong uptake of residential spaces in this up-and-coming district.

Modern homeowners looking for a relaxing and luxurious home in a vibrant community will definitely find what they are looking for here.”