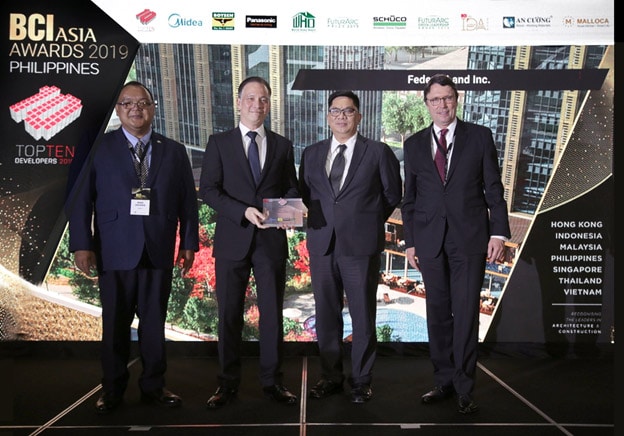 The annual BCI Asia Top Ten Awards is given to property developers and architectural firms that have made the greatest contribution towards environmentally responsible projects in the prior year. The selection criteria considered the extent of their sustainability efforts and confirmed green building ratings.

Federal land submitted The Seasons Residences – Haru tower in Sunshine Fort, BGC in Taguig as its entry for the awards program.

The Philippines’ BCI Asia Top Ten Awards is organized by BCI Media Group, a leading provider of building and construction information across the Asia Pacific region with 20 offices across 9 countries and reporting on construction projects across 13 countries.
Aside from the Philippines, the award is also held in Hong Kong SAR, Indonesia, Malaysia, Singapore, Thailand, and Vietnam.