Flexible by design: Unique double-slab technology in The Estate Makati 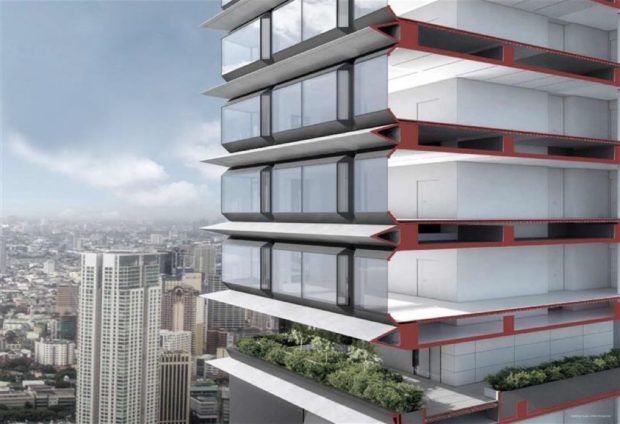 For the first time in the Philippines, The Estate Makati units feature double slab technology which are two concrete slabs that have hidden “standing” support underneath, giving plumbing and lighting systems a temporary home, while preserving the structure until the time it is moved.

“At the end of the day, time is what happens. We all change with time,” Hans Sy, Jr., the President of SM Engineering Design and Development, noted that one of the biggest considerations they made for The Estate Makati was the inevitability of change.

“One of the things we really asked ourselves was how could we really make this whole ability to adapt to change, a reality? If we wanted to make sure this unit would stand the test of time, we really would have to be able to change it up at your will,” he continued. This discovery arose from a very simple question ST 6747 Resources Corporation (STRC), the joint venture of SMDC and Federal Land, asked themselves: what was it about residential lots that made it escalate in value? The answer to this was the blank nature of empty residential lots—with the only limitation being the homeowner’s imagination. One could build a fully designed home on one year and should that space allow, any and all kinds of expansion units someone might need: additional rooms for new children or a guest house for elderly parents.

During the planning stages of The Estate Makati, STRC, together with multi-award winning international architectural firm Foster + Partners, figured out a way to translate this into their “homes in the sky”—a fully column-less unit, with supports coming from hidden cantilevered beams. While this does lend prospective homeowners the flexibility to design their space in the way they would want to use it, once fixtures like plumbing and lighting have been laid out, homeowners will not be able to do much after—having to tear out plumbing is not only costly but might disturb the structural integrity of the unit and its neighbors.

The first of its kind in the country

To solve this and to further cement the flexible nature of the units, STRC took inspiration from traditional construction techniques. For the first time in the Philippines, The Estate Makati units feature double slab technology which are two concrete slabs that have hidden “standing” support underneath, giving plumbing and lighting systems a temporary home, while preserving the structure until the time it is moved. “It’s actually not a very new technology, but it’s new in its application to the residential market. We figured this is one of the first global applications on a residential level and that’s why Foster was so tickled by this, because he said, ‘Why didn’t we think of this before?’ Typically, a double slab system in an apartment would just be limited to the bed and bathroom areas. But we decided, you know what, what if I want my jacuzzi by the window?” mentioned Sy, Jr. 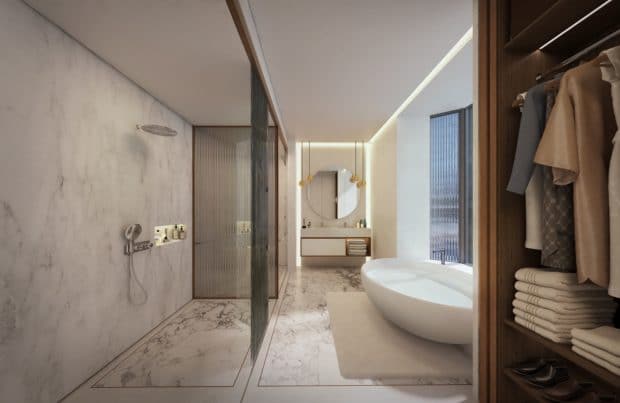 Plumbing and electricals are safely tucked away under slabs. 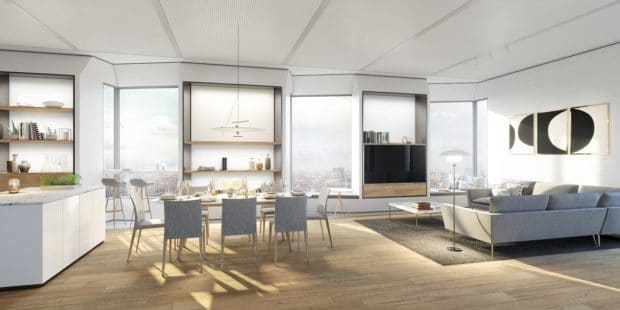 Having double slab technology allows the resident to reconfigure the layout of their unit whichever way they please without having to disturb those below.